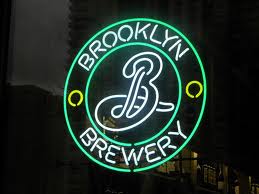 Ousting the lost-its-Funky Munky, this rare bird is going down a storm with Camberwell hip hop lovers. That’s hip hop as in fashionable craft beers rather than as in blasted out of a nicked stereo in low rider wheels with blacked out windows, what to drive in a 'hood where a second-hand Saab will kill your cred...ston' dead. The spruced-up taphouse (now owned by the same folk as The Hermit’s Cave opposite) lacks signage: look for the Brooklyn Brewery neon through fold-back windows- the sign, a sign of good things within. A palisade of chrome spouts to shout about offers quality pints such as Brodie’s Citra, Ruination Old Foghorn, Redemption Urban Dusk (£3.20) and Deuchar’s IPA. Less familiar, are Odell’s Cut-throat Porter and Yeti Imperial Stout (available in 1/3 pint trial measures). Continentals include Schneider Weisse, Liefmans and ‘Kwak’ - as Jonathon Ross might pronounce ‘crack’, and every bit as addictive and popular down the road in Peckham I'm told. Also of interest, is a selection of perry and cider that includes presses from Symonds of Herefordshire.  One happy punter was moved to exclaim ‘the selection is mental good’. I would not disagree. The range is staggering.  So will you be, if you fire into Stormbird's fine whiskeys and wine from £12.
25 Camberwell Church Street SE5 7708 4460

Posted by Keith Barker-Main, London at 06:07