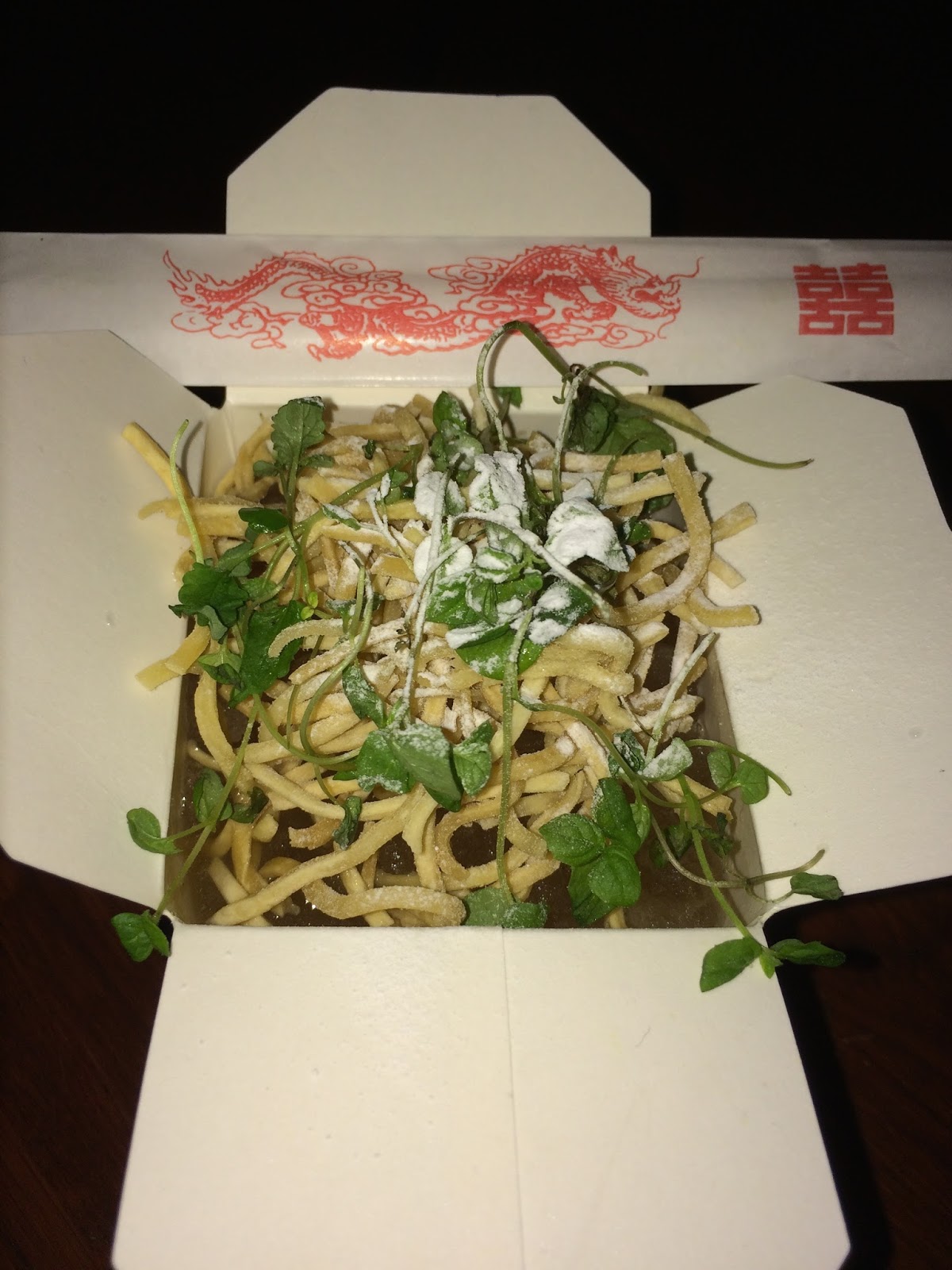 The name is a mouthful. So too, in a tastier way, this new dive's dandy drinks. Crammed to capacity, just days after opening - "That's because they've got a great PR" quips the bar's star media massager, Anne Kapranos - tonight, the basement's 50-strong crowd of self-evidently satisfied soaks does not include Ed Burstell, MD of Liberty across the street. Phew! The main turn in Channel 4's highly watchable fly-on-the-wall TV series/ extended advertisement for the creaky old pile may be an affable sort, but the spindly American Mister Ed (the Talking Clothes Horse) gives me the pure heebie-jeebies. A modern-day Childcatcher, camp and slightly creepy in black duds by Dior, he loomed large in a particularly disturbing nightmare I once had that also involved Gok Wan and Mary Portas, and saw me wake up, gasping, convinced I was being strangled by a Paisley-print silk scarf. (Make of this what you will, Dr. Freud!) Cocktail Trading Co, on the other hand, is a discerning drinker's wet dream. Run as an 'ethical co-operative' by a trio of joshing patter merchants - friendly faces you'll likely recognise from London Cocktail Club and Steam and Rye is likely to succeed where others such as its immediate predecessor - the conceited 'no-brands' concept that was "And Co" - failed. Why? Because the raffish, retro wood-panelled pit is "Ding Dong" as Leslie Phillips would put it and £8 is a steal for real-deal drinks such as my deftly dispatched boulevardier or the solid gold sazerac that follows it. Fresh ingredients and attention to detail are part of the package. And while I'm more likely to snog not-half-as-sharp-as-she-thinks, oboxious ogre in a Worzel Gummidge wig, Katie Hopkins, than lock lips with jokey ideas such as Tu-Whit-Tu-Whoo-Woo - vodka, lemon, peach, sage, cranberry and prosecco served, tiki-style, in a red owl mug coiffed with pink candy floss - if wacky is your bag, it's done here with wit, style and substance. No more so, than in the guise of a Jim Beam, yuzu, ginger, plum and matcha tea Shanghai sour (pictured). Sipped through straws disguised as chopsticks, served in a waxed noodle container, garnished with a mound of the sort of Chinese chow Nancy Lam would wham bam your way, it's doable as well as dippy. Dippy, Cocktail Trading Co's sussed owners are decidedly not but you'd be daft to miss a production that will hopefully outrun Cats, Lord Wibbly-Wobbly's steaming pile of caterwauling crap that is, unfathomably, still pulling them in by the charabanc-load at The Palladium next door.
22 Great Marlborough Street W1F 7HG 7427 6097  www.thecocktailtradingco.com/
Posted by Keith Barker-Main, London at 06:13 Links to this post 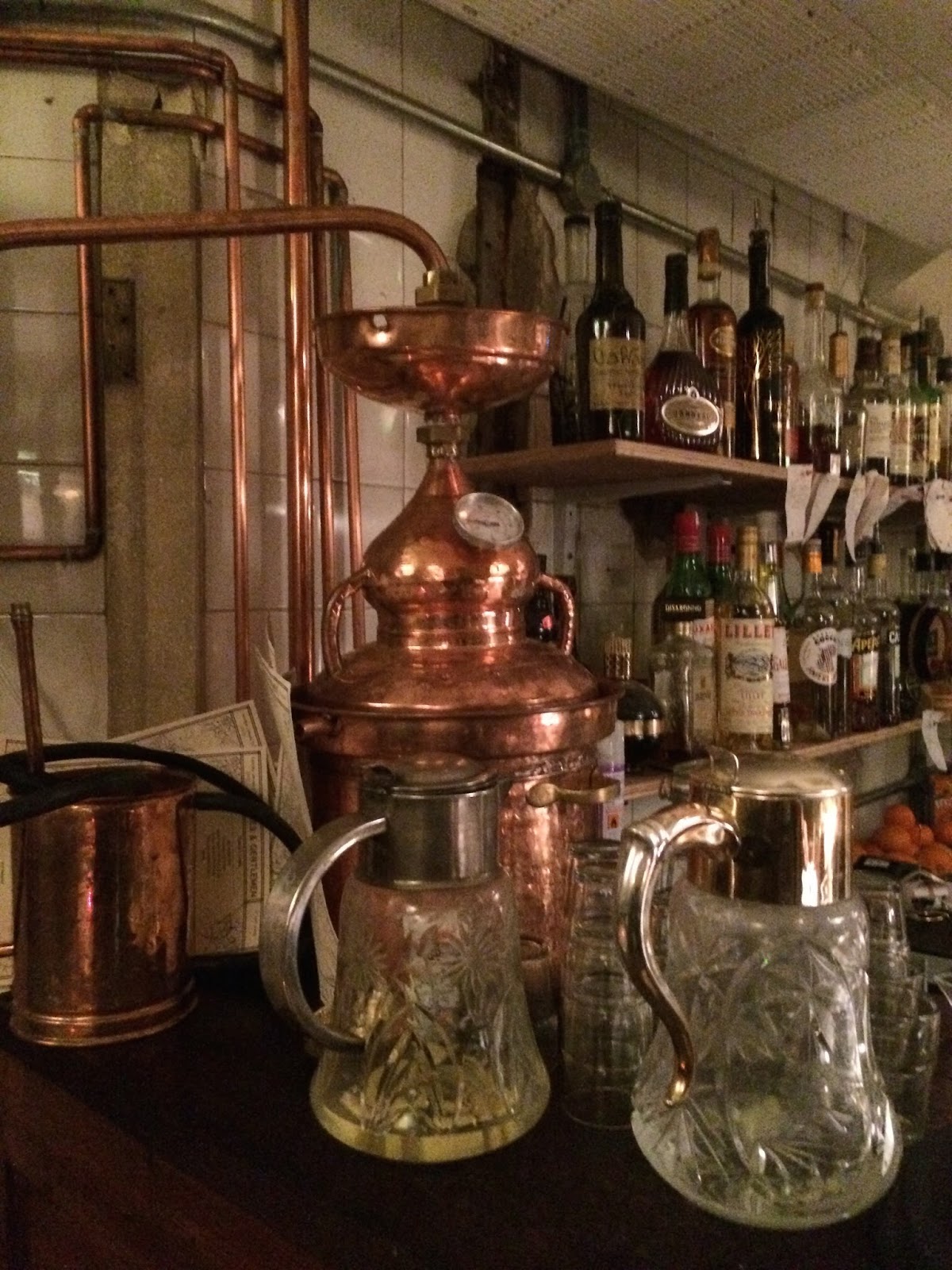 In the grim, grey, not-so-gay days of the 1970s, any unfortunate bent gent caught hanging out in the gents risked being felt up...only, not in the way he'd hoped for. For Lily Law, loitering lads were an all-too-easy cop. Nowadays, 'cottaging' (ask your grandpa') has been rendered redundant by Gaydar, Grindr and, if you like it rough, Recon. As for those caught short, after the old public conveniences became an inconvenient drain on councils' resources and shut, McDonalds finally had a purpose. Squatting every high street in the land, the ubiquitous Yankee burger chain is a blessing to bladders about to burst (Purchase, neither necessary nor advised). Lately, however, London's long-abandoned privvies are being snapped up by shrewd bar owners. Where once randy buggers' cocks cruised tail, cocktails are now being served. Bermondsey Arts http://tinyurl.com/oq4akhd; The Convenience in Homerton http://tinyurl.com/o57bjtd; WC at Clapham Common: the latest reconfigured loos to add to a growing list are in Kentish Town where William Borrell, owner of Vestal Vodka, has done a decent job (enough with the puny puns!) with his own khazi conversion. A mix of original Edwardian gubbins, jumble store jollies and paperbacks by the yard (something to read on the throne?) set the scene for a short list that will be regularly refreshed. Spend a penny (800 pennies, to be precise) on china teacup serve El Dorado 12 hot buttered rum; Portobello Road gin sour, Rhubarb and Custard, served in a Bird’s tin; or a Bulleit-based Gentlemen’s Old-Fashioned that bungs butterscotch and Werther’s Originals into the mix. Launched in December 2014, a steady trickle through Borrell's bogs' doors suggests this will be no flash in the pan. I arrived late, so I can't report whether they do 2-4-1 happy hour cocktails, known in such establishments as a BOGOF deal, natch.
2 Highgate Road NW5 1JY @ladyandgentsbar
Posted by Keith Barker-Main, London at 06:18 Links to this post 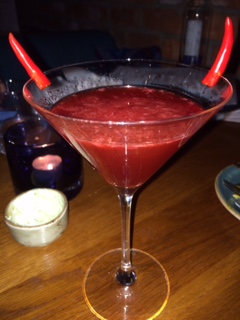 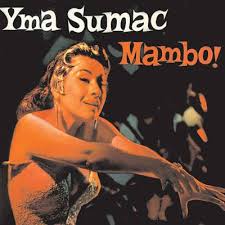 My list of famous Peruvian exports is short. There's my childhood chum Paddington; my mate Deborah's ex-lodger, a snapper called Mario (who could now buy up all of Peru, never mind afford a London pad of his own) and operatic loungecore diva Yma Sumac (who some argue was born Amy Camus in Brooklyn and, so, doesn't qualify). Them, and pisco. Distilled from grapes, Peru's brandy-like national spirit has become increasingly popular in London's bars, as fickle trend-chasers trade mojitos and caipirinhas ("too TOWIE for words, hon") for pisco sours. The classic lime-laced recipe (£8.50) is present and correct in this new Peruvian restaurant's buzzy dark cellar bar, run - somewhat implausibly - by a jolly brave, jolly Estonian couple who had never ventured much beyond Tallinn before taking on the gig, they tell me. Other ideas tend towards the sweet and fruity: an orange and lemon-infused pisco, watermelon and apple Collins and Casi Peruano, a perfectly doable pisco slant on a negroni. The only drinks downer is when Mr Tallinn commends me his finest chilli pepper-infused pisco and strawberry martini (pictured). If my name was Chelseigh (20, nail technician from Charlton) and I was handed one to get me in the mood to splash out on a puce Rabbit, crotchless panties and nipple tassels at my first ever Ann Summers-at-home party, I'd probably rate this syrupy, cloying chilli horn-garnished sinner "lush." To my taste, it is more Lush as in high street purveyors of not-dope soap. Noticing I've left it left untouched, a dried-down, better, version presently appears. “Pisco" translates as “little bird”: bird-like appetites will make do with just one dish from a selection of muckle piqueos - Peru’s answer to tapas  Escabeche of paiche (an Amazon freshwater fish); zingy, fresh and flavoursome tuna and ginger ceviche in tiger’s milk, and anticucho - velvety, tender rare beef loin with chilli and corn puree (£10) - are hits. Roasted baby aubergine with cashew, cheese, coriander and cress might look pretty on the plate but, en la boca, suggests being a veggie may not be much fun in Lima, old bean.

adapted from my review for www.squaremeal.co.uk

Posted by Keith Barker-Main, London at 08:14 Links to this post 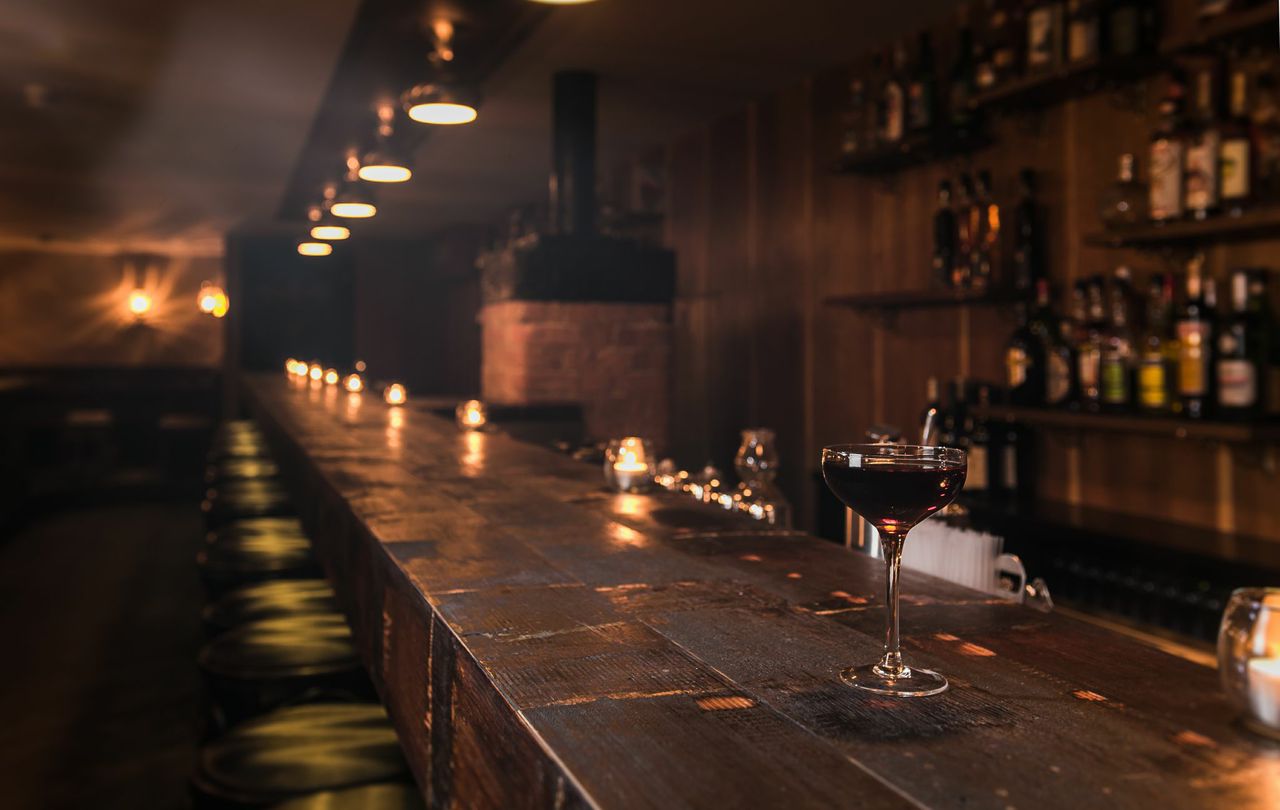 Happiness Forgets regularly appears high on those ubiquitous year-end Best Bars lists. Quite right too! No arsey doorwhores. No narcissistic nobs punting molecular fanny. No cringeworthy concept (PR imagines "pre-Revolutionary Romanov luxe in Fabergé jewel brights infused with the decadent spirit of Studio 54" while I imagine Boney M tribute band in traj tin-foil outfits murders Ra-Ra-Rasputin at a Hornchurch hen night. No Cristal-fuelled Kanye and Kim klones. No £25-plus anodyne Asian share boards as flogged for a quid -with free Peter Andre CD - at Iceland. No! Just delightful down-played decor and damn fine drinks. I too am all Happiness to be at owners Alastair Burgess and Andy Bird's Hoxton Square dive whenever I'm not feigning interest in launch night bourbon and butterscotch slush puppies at some Shepherd's Bush shithole (you know who you are!) or the likes. In the quiet downtime of the first week of 2015, I make it to Burgess's Christmas present to London nightlife; his second sexy saloon, a lo-fi linear cellar that has me from hello. Butch brick and wood panelling, convivial booths, perch-perfect bar stools and a brown baize pool table at which to unleash your inner Eddie Felsen (pictured) sett the scene for spot-on fixes that look to old school (vieille école?) tipples for inspiration. Served by enthusiastic, attitude-free, all-female bar staff, classic French red wine-based apéritif Byrrh (plus Kamm and Sons and aquavit) informs Penfold Sour, while Belle Époque Parisian favourite Suze (gentian root, its bittersweet base), white rye and Lillet blanc makes for a top-notch tart Diamond Manhattan. Original Sin could easily be the downfall of this man. My only beef? Bleary-eyed on a night bus, it's a long schlep back to my K + C crib from the cold, windswept steppes of Siberia... aka Stoke Newington. Time to dig out the fur and ring Foxtons!
129 Stoke Newington High Street N16 0PH http://www.originalsin.bar

Posted by Keith Barker-Main, London at 08:58 Links to this post 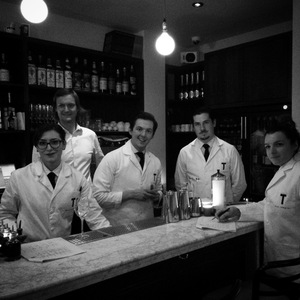 Crossrail makes me cross. So much of what I hold dear, sacrificed in the goal of getting to Hanwell or Hayes and Harlington in under half an hour. (Building a moat around London to keep out the Middlesex Massive might have been money well spent). Rampaging through the West End, this most unnecessary transport Jabberwocky is chewing up and spitting out the very bars and clubs that make (or rather, once 'made') Soho so special. Lost, the inimitably louche Black Gardenia whose door policy memorably specified "No jeans! No c***s!" Sayonara seminal gay sweatbox, Ghetto! So long, Punk! Adieu, The Astoria et al. And for what? Shiny shrines to Mammon as championed by London's myopic mayors. The newt-loving numpty and the Eton mess that ousted him have traded the capital's cultural capital for offensively bland malls where brandroids can shop for the same old shit available elsewhere. Sold to the highest bidder, Soho is being serially raped by spivs, grasping property barons who will presently be pimping more 'prime retail opportunities' as Denmark Street, aka Tin Pan Alley, the cradle of British pop music, is also razed in the name of 'progress'. Spiritually harking back to the same decade as that doomed, delightful thoroughfare's heyday, the 1950s, Bar Termini is a rare nugget amid the nauseating urban blight. Tony Conigliaro's understated new bar - his first since the similarly bijou 69 Colebrooke Row in Islington - is sheer joy for those nostalgic for the peroxide blonde, stiletto-heeled glamour of Soho circa The Krays, albeit with a classy, retro-modern edge Ronnie and Reggie would not recognise. Inspired by those chic buffet bars common to Italy's grand railway hubs ('termini'), this first class carriage, all slouchy high-backed banquette, looks the palle di cane - as I once translated 'the mutt's nuts' to a table of baffled Milanese business associates. At Tony's trad marble-topped counter, suave signori - handsome in pristine white tuxes - serve up a slice of La Dolce Vita from dawn until late. The menu is concise: (Illy) caffeine fixes and sugar rush pastries, Peroni, Prosecco, two wines, £1-a-pop panini, cheeses, tomato tartare and salumi. Any latter day Marcello and Anita will find elegantly presented drinks served with a Tony C trademark twist. His negronis include delicate rose petal, or perky pink peppercorn takes as well as a beefy Beefeater gin-based classic version. Aperol spritz (£8) is nuanced with rhubarb cordial and a soupçon of almond blossom informs a trad Bellini. Savour the experience while it lasts. For how long before Old Compton Street's soul is sold to the Devil incarnate: fast-buck property developer filth?
7 Old Compton Street W1D 5JE http://www.bar-termini.com
Posted by Keith Barker-Main, London at 10:11 Links to this post