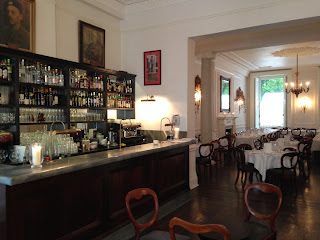 This timewarp-y joy is located around the corner from a Kensington dungeon I regularly frequent. Next time I'm about to submit to untold torture there, I intend to, first, hit the bar at Ognisko and steel myself with a brace of its stiffeners. Two brain-blaster drinks down the hatch; even the worst punishment a psycho sadist can mete out - root canal at the hands of my dear dentist, Brian, directly across the leafy garden square from Jan Woriniecki's Polish restaurant - should be a doddle. A year after it became possible for Joe Public to access the grand stuccoed townhouse members of The Polish Hearth Club have monopolised since the 1940s, I'm finally here. Poland's cuisine - with apologies to any of that land's 39 million populations or whichever one of its 37 million ex-pat plumbers may, in future, tend to my U-bend - ain't top of my list. But its best vodkas very much are. Monumental martinis enlist some of the country's finest rye and potato distillations: Chopin; Sobieski; Belvedere; Potocki et al. Served in chilled coupettes, they are text-book perfect. And lethal as a KGB agent's bullet. On which note, the formal room, charmingly old school in a sort of frumpy 1950s Poznan matron way, is the sort of place wherein Cold War gay spy Guy Burgess might have convened with that equally traitorous c***, Anthony Blunt, after being taken up the bandstand by an obliging off-duty guardsman, in exchange for a fiver, in nearby Kensington Gardens, I imagine. For double that amount or less per drink here,  you can get buggered senseless on Ruski Standard Vesper, beetroot martini, Potocki gimlet and Tough Love (rye, Davna red vodka, vin d'orange and Martini Rosso) and a range of classics that includes side car and Copenhagen, snips at £8.50. My Christine Keeler-esque arm candy for the evening is particularly taken with her prosecco-topped martini - blood orange liqueur, lime, grapefruit and Wyborowa - from a list of ladylike libations. Bar snacks, elegantly served and blissfully ignorant of the term 'portion control', are the sort of Herculean fuel that could sustain you through the worst winter Warsaw can throw at you. Blinis; pelmeni; pierogi; grilled sausage; peasant soups; potato pancakes and puddings that read like the Polish entry to next year's Eurovision Song Contest. Sliwka w Czekoladzie, anyone? Me? I'm laying into homemade flavoured shots. So strong is Ognisko's horseradish vodka, gimme three shots of this liquid novocain and Brian can skip the injections and yank out my molars with his bare mitts, for all I'll care.
55 Prince's Gate SW7 2PN 7589 0101 http://www.ogniskorestaurant.co.uk 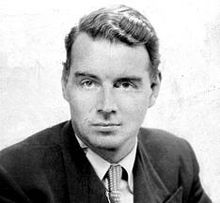 Posted by Keith Barker-Main, London at 09:27